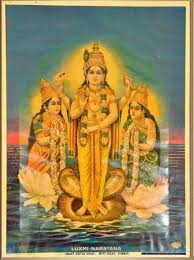 Toli Ekadasi is one of the hindu festival that is celebrated with great devotion. It is considered as the first festival. Toli Ekadasi is also known as Deva Sahayani Ekadasi or Hari Sayani Ekadasi and the Chatur Mas Vrat the Four Holy Months in Hinduism begins from the day. It is said that the night time of Devas begins on this day and is believed that Lord Vihnu goes to sleep from the day.

The Toli Ekadasi festival is celebrated in the Coastal Region of Andhra Pradesh,in the month of may or early part of june.

Toli Ekadasi is a very sacred day to Farmers, as this festival replicates Eruvaka festival that is celebrated by farmers. The Farmers sow seeds after the first rain on the Toli Ekadasi.

The farmers do fast on this Toli Ekadasi day to pay their homage and break the fast at the dawn commensing with a pooja and eat fruits after the fast.

Devotees believe that by praying on Toli Ekadasi will help a person from redumption if sins.