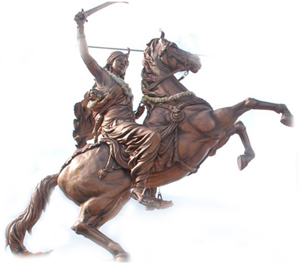 Rudrama was one of very few female rulers in south India during her time. Rani Rudramma Devi ruled from 1261 or 1262 until 1295 or 1296.Rani Rudrama Devi was one of the most prominent rulers of the Kakatiya dynasty on the Deccan Plateau, being one of the few queens in […]