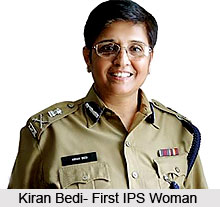 Kiran Bedi is an Indian politician, retired police officer, social activist and former tennis player, who was the 24th Lieutenant Governor of Puducherry from 28 May 2016 to 16 February 2021. Kiran Bedi is the first Indian female to become an officer in the Indian Police Service and started her service in 1972.

Kiran Bedi born on 9th June 1949 in Amritsar India, as the second of the four daughters to her parents, Prakash Lal Peshawaria and Prem Lata Peshawaria. Kiran Bedi completed her Schooling at Sacred Heart School; Amritsar. She earned a master’s degree the following year in Political science from Punjab University. The ardent learner with active service in the Indian Police also acquired a law degree (LLB) from Delhi University. She was also awarded a Ph.D. in 1993 in Social Sciences by the Department of Social Sciences, the Indian Institute of Technology, New Delhi.

She was Awarded Jawaharlal Nehru Fellowship for her writing about the work done at Tihar Jail during my tenure as IG (Prisons) .Awarded an Honorary Doctorate by Guru Nanak Dev University. Awarded an Honorary Doctorate of Laws by the prestigious City University of New York’s (CUNY) School of Law in recognition of her “humanitarian approach to prison reforms and policing.

Kiran Bedi began her career as a Lecturer in Political Science (1970-72) at Khalsa College for Women, Amritsar, India. In July 1972, she joined the Indian Police Service. She served in a number of tough assignments ranging from Traffic Commissioner of New Delhi, Deputy Inspector General of Police in insurgency prone Mizoram, Advisor to the Lieutenant Governor of Chandigarh, Director General of Narcotics Control Bureau and also on a United Nations deputation, where she became the Civilian Police Advisor in the United Nations peacekeeping department. She is the first Police Officer in the world to be awarded with a ‘PEACE’ Award.

Kiran Bedi despite her demanding official work has initiated a large amount of voluntary service in various fields of social development, which have a direct bearing on crime prevention and crime correction.  She set up Navjyoti in 1986 for working in the field of drug abuse treatment and rehabilitation

Kiran Bedi is the founder of two NGOs, Navjyoti and India Vision Foundation, which reach out to over 10,000 beneficiaries daily, in the areas of drug abuse treatment, schooling for children of prisoners, in addition to education, Counseling, training, and health care to the urban and rural poor.